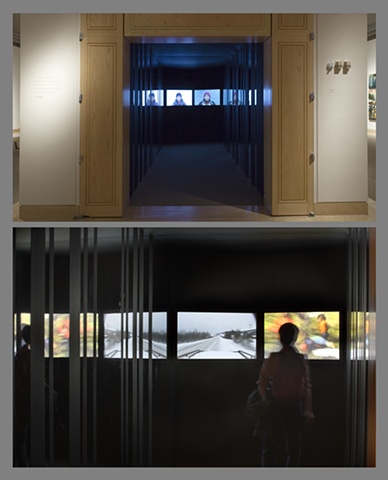 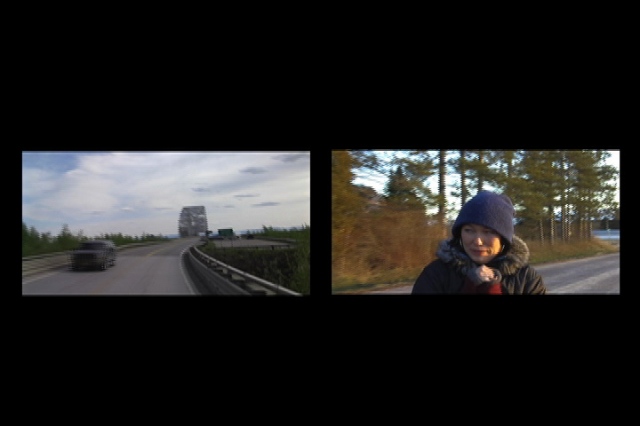 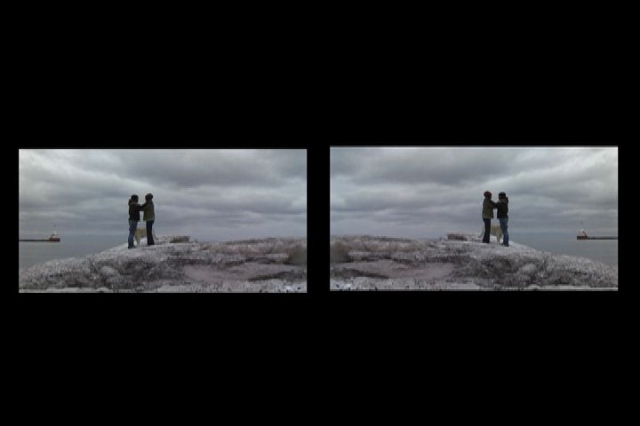 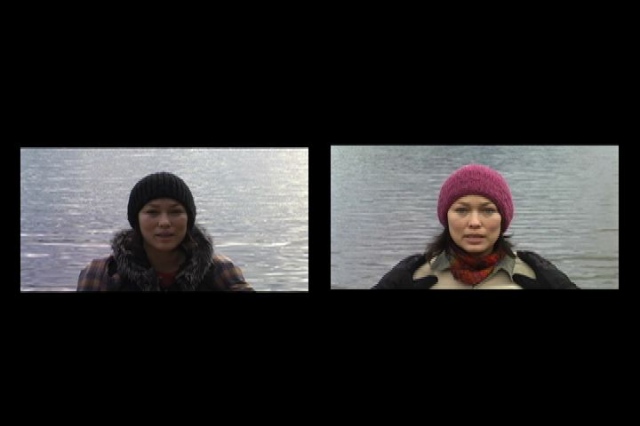 In my work, I am often exploring how I traverse boundaries and blur lines that form between aspects of my identity and cultures. In this piece, I would like to create an image of my world, to invite and pull viewers into the imaginary space where I am allowed to be all selves at once; an invitation for the viewer to unravel the illusion of one true voice, one self, or one home.

Using the ideas and video clips from my previous video work, “Imaginary Friends,” I wanted to continue working along the same ideas of a split and shifting self. I used traditional Inuit throat singing because I was interested in its role in that culture, both a game and tradition that was practiced between women. As two women face each other, they are matching each other’s breath, each other’s song, and in the end, they both erupt in shared laughter, a moment of joy and understanding created between the women. As an only child, I learned to play with myself, and longed for a playmate; as a child of mixed race and cultures, I became many selves, all of them interacting and opposing each other. The vision and sound of singing became a place where both came together: I realized the many selves and the selves understood each other, in an imaginary face off of throat singing, the two Ericas face each other, in opposition, but also in communication. The space between the two selves is the space where a unified Erica lives. In this new composition of video and songs (both throat singing and a traditional Athabascan song), the characters begin in the same space/room, after which the characters begin to pull apart, separating and traveling further and further so as to explore the various spaces where one can be unabashedly honest, silly, awkward, and sad. Through the journey of the different environments, the characters continue to try sing to each other, an attempt of communication between them, despite distance, or opposing elements. Because the shifting self can not exist wholly in one space or another, it is that imaginary space and the movement between the two that become the most honest version of self, complicated, layered, and sometimes, conflicting.